COST-OF-LIVING: Find out what advice Radius Housing are providing to help our tenants through this difficult period. Read more

10 year old Mya inspiring the NI team at the Euros

An 10 year old girl, who refused to let the fact she had her leg amputated at age 1 limit how much she can do, has shown support for the NI team as they compete in the Euros with a special wrap for the prosthetic. Mya Darragh, who lives in Global Crescent, Ravenhill, is a football fanatic, and when then chance came to do something special to support the team, she jumped at it, with a colourful tribute to the team as they take on some of the best teams in the world. Last year Mya was named Inspirational Young Person of the Year by Radius Housing, recognising how she inspired so many people in her local area.

Mya has a rare condition called Tibial Hemimelia, which led to the amputation when she was very young. While she has had a difficult recovery, which will mean ongoing treatment throughout her life, she does not let this hold her back from playing a leading role in Euston Primary School and the local community in Global Crescent. Her love for participating in events has seen her attend the T:buc Diversity in Bloom & Diversity in Art and the after schools and summer workshops for the Diversity in Drama, as well as playing the part of a Fairy in the Radius Christmas Community Pantomime and taking part in the Radius Cultural Parade & Festival. And of course her love of football, both as a player and supporter, which led do her getting the unique wrap made by Art In Motion in Lisburn for her prosthetic leg which shows support for the NI team.

Speaking about Mya, Radius Housing Chief Executive, John McLean, said “When we think of leaders and inspirational people, we often go to figures from history or global icons, but what we have seen from the testimony of her family, friends and neighbours, is that Mya Darragh is a real life, local inspiration. Despite facing difficult challenges, she has not let her physical condition limit her, as she plays a full and active role in school life and her local neighbourhood. What is so clear is the positive impact her ‘can do and will do’ attitude has on everyone around her, and she inspires others to live life to the full in the same way she does.

“Mya is the epitome of an inspirational young person, and seeing the lengths she has gone to show her support for the Northern Ireland team as they compete in their first major competition is no surprise. I hope that she inspires the team in the same way she has inspired Radius and her local community.”

Mya’s mum, Nicole Sloan, said "Mya tries not to let her disability get her down, but she does have to work harder than most children to achieve the same as them or to reach important milestones. She is a loving, caring and kind child that understands difference more than most.

“Mya faces adversity every day, experiences being treated differently because of how she looks and constantly has to overcome barriers, so she understands how others that are different feel. But she doesn't let anything stop her and she gets involved in all football, Radius community projects, programmes and activities, and supports other children to do the same. We are so proud of her and her passion for always making the most of whatever task she faces, and we know she’ll be cheering the NI team on in the Euros.” 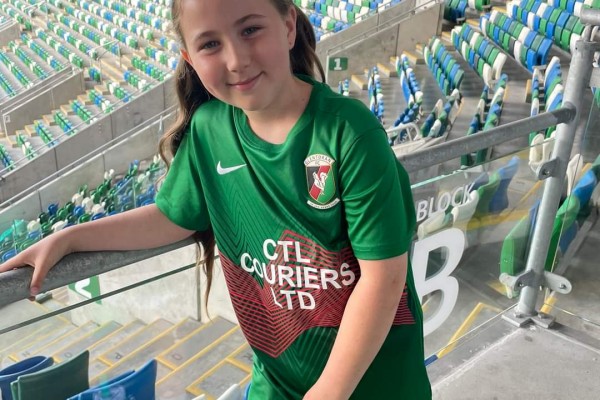 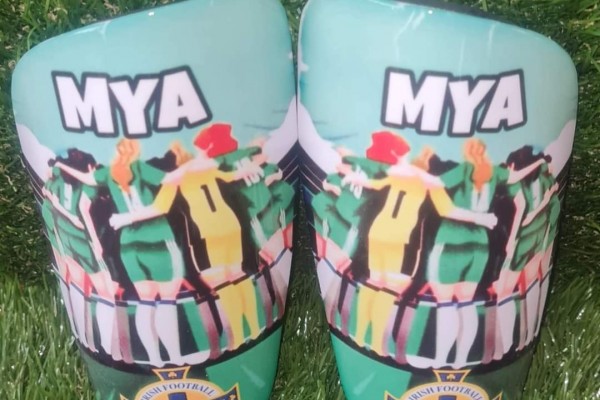 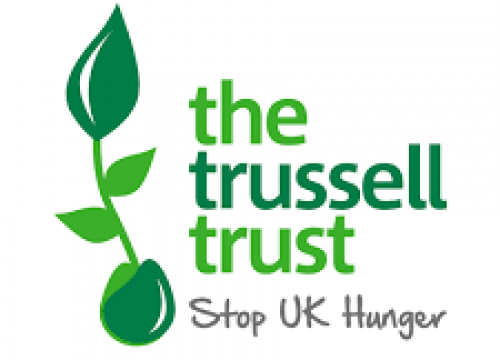 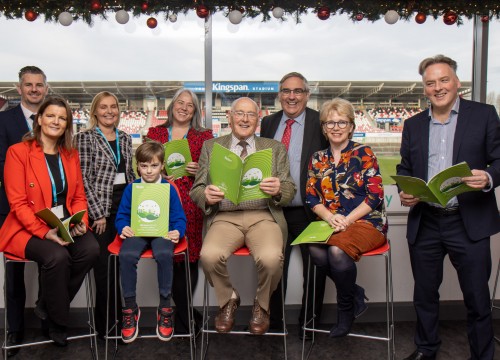