Fold Housing Association celebrated the close of their 40th year celebrations by paying tribute to Staff and Schemes through their annual Awards held at the La Mon House Hotel recently. Over 300 staff, tenants, board members and guests attended the glittering event which recognised the very best of Fold

Diana, Fitzsimons, Fold’s Chair a said, “Our event , marks not only the end of our 40 year celebrations, but the start of something new, something exciting, a new chapter in the long history of Fold Housing Association. It is fitting that we take stock of how far we have come.

“Forty years is a long time for an organisation. Fold started the same year as Apple Computers, L’occitaine and the Ulster American Folk Park – so we are in good, sound, business company. If you look back to the histories of all these organisations, you will find the very core and ethos of these business had remained virtually unchanged. For Fold, that ethos is about providing quality homes, care and support, for people who need them most. Our name is changing, how we work is changing, but the ethos of our business remains unchanged: quality homes, equality and inclusion.

“The past year has been an exciting one at Fold - though from my own experience, I can say there is rarely a dull moment at Fold – I am delighted that so many staff and tenants joined in the many events and activities to celebrate our 40 years, from our Scheme Awards held in Armagh, Belfast and Templepatrick, to our staff celebration evening at Cultra Manor to the announcement of our plans to invest £40m in social housing during our 40th year to all the celebrations held across Northern Ireland our Schemes, from Kathleen L Thompson Fold in Garvagh to Oran Fold in Portadown, and from Ardrigh Fold in Glengormley to Valley Fold in Fivemiletown.

“Many of the schemes reached significant milestones of their own, celebrating 10 years at Barn Halt in Carrickfergus, 20 years at Lir Fold in Keady , 25 years at Drumhaw in Lisnaska, to name a few. These anniversaries made the celebrations doubly special. However, we are thrilled that so many of you combined celebrations with additional fundraising events for our corporate charity partner, Alzheimer’s Society. I am sure you will agree £75,000 is an amazing total and something of which we can all be extremely proud.

“Today has primarily been about recognition though Fold’s Scheme Awards and Staff Awards. These Awards recognise, individuals, teams, work, success and the challenges we face in being the best and being part of the best. Congratulations to everyone shortlisted for nomination and to the individuals and teams who received Awards. It might be cliché, but from where I am standing, I only see winners. The long service awards given out today are testament to the dedication of all employees at Fold across all directorates, offices and schemes, from front line service providers to teams in head office making sure all the background work is in order, from Property Services to Finance to Human Resources.

“I would like to pay tribute to the Fold Board, all volunteers, and the senior management team who have steered and guided the organisation towards the completion of the merger process. It is a long process which has required vision and dedication and hard graft.”

Diana concluded by wishing all staff, management, service users and stakeholders every success with the new organisation which would launch on 3 April.
Fiona McAnespie, Fold’s Director of Care Services, introduced s short film which highlighted the fundraising efforts of tenants, staff, family and friends undertaken for Fold’s Corporate Charity Partner, Alzheimer’s Society. She then presented a cheque for £75,000 to Nuala O’Hare, Service Improvement Manager

sts were entertained by amazingly talented pupils from St Patrick’s Primary School (Holywood) Choir and traditional Irish dancers. The Fold Staff Players performed a hilarious skit which explained where some key staff would work if they were not employed for Fold.

John McLean, Fold’s Chief Executive, gave the closing remarks, paying tribute to the tenants, staff, senior management team and board members. He explained that the new organisation will be an enthusiastic, passionate, professional and dynamic team determined to make a positive and lasting change.

Belfast Community Gospel Choir concluded the afternoon. The choir who were joined by many additional voices from the audience in an uplifting celebration of the Fold Family bound for a new chapter in the organisation’s history.

Pictured above: Mrs Helen Smyth, Fold''s Longest Serving Tenant, Ollar Fold Ballyclare who was received her award from Fold''s Chief Executive, Mr John McLean. Mrs Smyth moved into Ollar Fold to suit her lifestyle: more time on the golf course and for visiting family overseas and less time to worrry about the garden or if things were safe back home. In a short film shown at the event, Mrs Smyth said she loved the comaraderie at Fold, the security, retaining her independence to come and go as she pleased.
Please visit our Facebook page at www.facebook.com/foldni/ to see all the photos from the event and follow us on Twitter @FoldNI

Presentations were made to the following tenants, staff, schemes and teams: 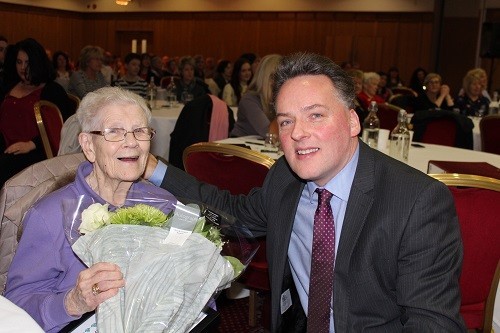 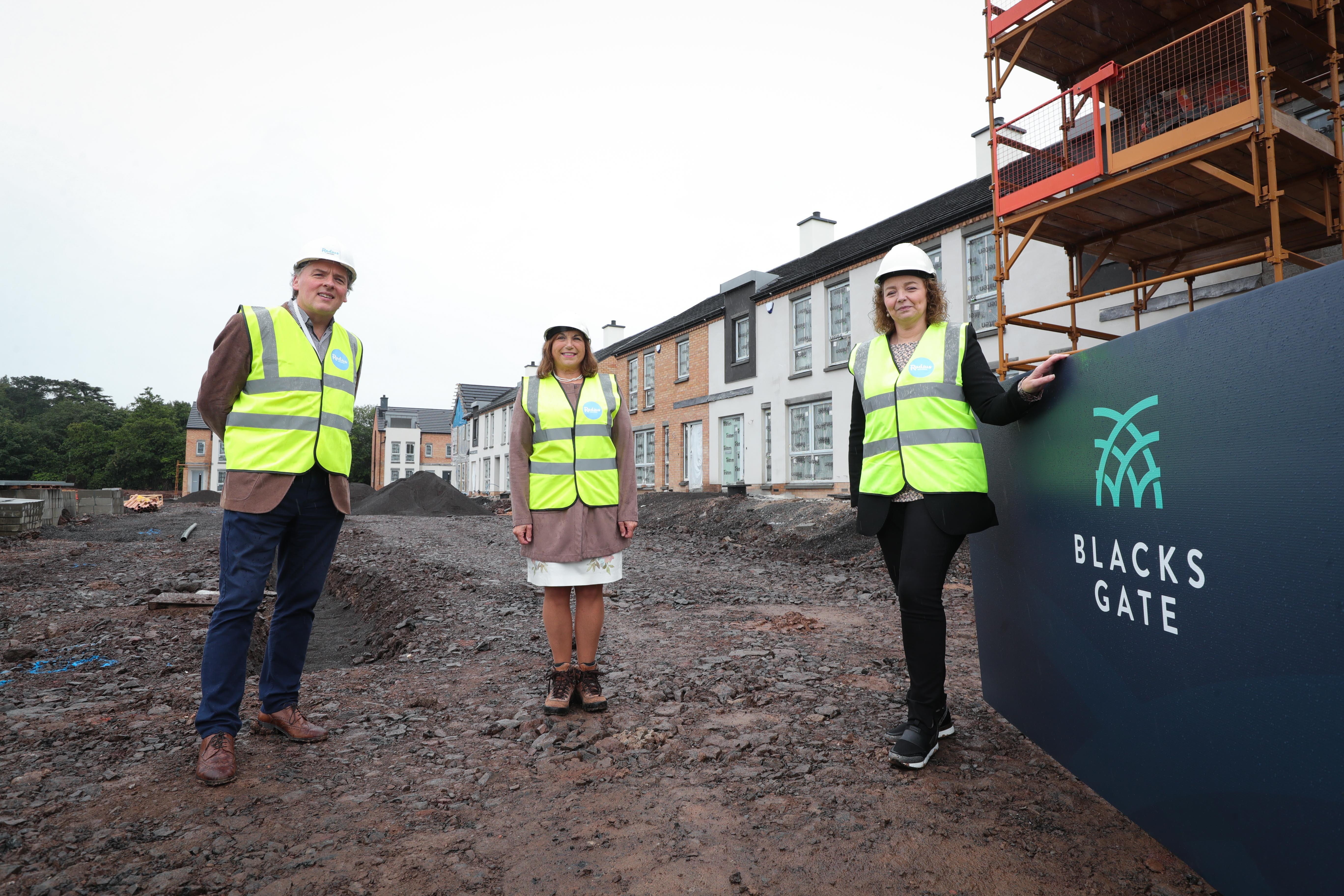