Radius Housing has appointed contractor MJ McBride to construct 18 new homes at Hopewell Crescent in the lower Shankill area of Belfast.  The £3million development of the new homes is part of the Building Successful Communities Programme which is a housing-led regeneration project led by the Department for Communities.

The new homes at Hopewell Crescent, 14 houses and 4 apartments, will be developed on vacant land which was previously owned by the Northern Ireland Housing Executive.  The project received planning permission from Belfast City Council in March 2020 and, with the recent appointment of the contractor, we anticipate the new homes to be ready in Spring 2022.

The Building Successful Communities Programme seeks to use housing-led regeneration as a catalyst for change in six areas characterised by significant social and economic deprivation.  50% of the development is funded by the Department for Communities, with 50% through private finance raised by Radius Housing.

Radius Housing is one of the leading housing developers in Northern Ireland, constructing 400 new homes each year, and managing more than 13,000 social homes.  Last year Radius secured a £105m investment from investors in the USA and UK to help support their ambitious ongoing development plans.

The Department for Communities consulted with key stakeholders working within the local area, including the Northern Ireland Housing Executive, Belfast City Council and members of the local community, to develop an action plan for regeneration of the area.  This plan identified Hopewell as a key area for regeneration, with the housing provision on the open space in Hopewell Crescent being one of four catalyst projects.  The subsequent proposal by Radius to develop 18 new homes will see the transformation of redundant open space to meet local social housing need.

Speaking about the project, John McLean, Chief Executive at Radius Housing, said “Radius Housing is delighted to begin construction of these 18 new homes at Hopewell Crescent with MJ McBride.  This is an important project which will not only provide high-quality new homes and address local housing need, but which will also assist with the wider physical and social regeneration of the area and the surrounding community.”

Lord Mayor of Belfast, Alderman Frank McCoubrey welcomed this important project to his local area saying; “this is a hugely welcome development for the Lower Shankill with work starting immediately on new homes and the potential for greater regeneration in the area. I commend all those involved for supporting the local community in such a collaborative and constructive manner.”

Communities Minister Carál Ní Chuilín said: “Lower Shankill & Brown Square is one of six areas included in the Building Successful Communities pilot programme and this scheme was identified by the local Regeneration Forum as being a priority for the community.  The project shows the power of collaborative working across government, the Housing Executive, housing associations and most importantly with local communities.  In a matter of time, 18 new homes will be delivered for those who need them, with the development transforming an area of unused open space.  I hope too that it will also act as a catalyst for the further regeneration of the area.  I commend the Forum in driving this forward and I wish  Radius Housing and the Lower Shankill local community every success with the new development.”

Ian McLaughlin, project manager of Lower Shankill Community Association, welcomed the news about the Hopewell regeneration plans, “As a community we have campaigned for the regeneration of our area for many years and today’s announcement is a further sign of government commitment to the long term sustainability of our community.  This news highlights the importance of partnership working between communities, elected representatives and statutory bodies and special mention should be given to the Building Successful Communities Programme which enabled this community to play a lead role in the re-design, re-shaping and regeneration of this area.” 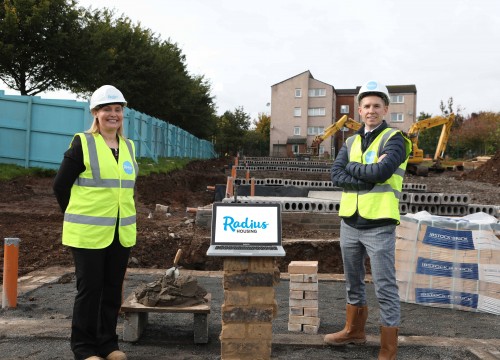 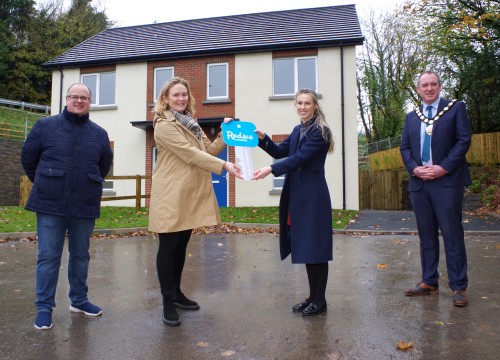