The Great Fold Bake Off

Staff at Fold Housing Association have caught the baking bug and have organised their own Great Fold Bake Off for charity partner Alzheimer''s Society NI.
Four teams from Fold''s Head Office in Holywood, are battling it out over the next four weeks with four bakes in a bid to win the Fold Bake Off Champion 2015.
Marketing Officer, Fidelma Glass explained, ''We thought this would be a novel way to raise funds for our corporate charity partner Alzheimer''s Society, what with bake off being very topical. Individual''s from across the organisation are putting forward bakes for their team each week and, after judging by our very own Mary Berry and Paul Hollywood equivalents, we sell cake slices to colleagues. The teams have become very competitive, but it is all good fun and, of course, it is all about raising vital funds for the great work that the Alzheimer''s Society do across Northern Ireland and Fold''s commitment to becoming a Dementia Friendly Community.
Fold Group have a 2 year corporate charity partnership with Alzheimer''s Society. Richard Gilliland, Senior Regional Corporate Partnership Executive, said. ''As a charity, we rely on the generosity of organisations like Fold to help us support people to live well with dementia today and fund research to find a cure for tomorrow.
He added, ''As well as raising funds, our relationship presents a fantastic opportunity to raise awareness amongst staff, tenants and service users of the work Alzheimer''s Society throughout Northern Ireland. There are 20,000 people in Northern Ireland living with dementia. Through care, services, information, research and campaigning, Alzheimerâ€™s Society aims to make the world a better place for these people and their carers.''
Pictured above:Star bakers: Liz Gilmour, Emma McColl, Elaine Dobson and Andrew Quinlan representing four teams across Fold who are battling for the title of Great Fold Bake Off Champion  in aid of charity partner Alzheimer''s Society NI.' 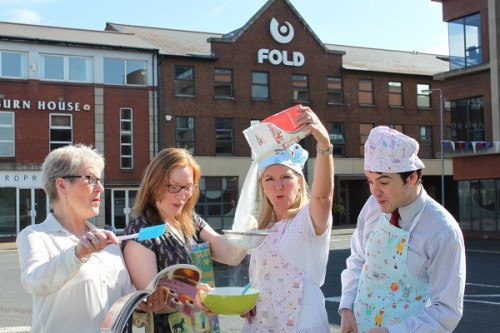 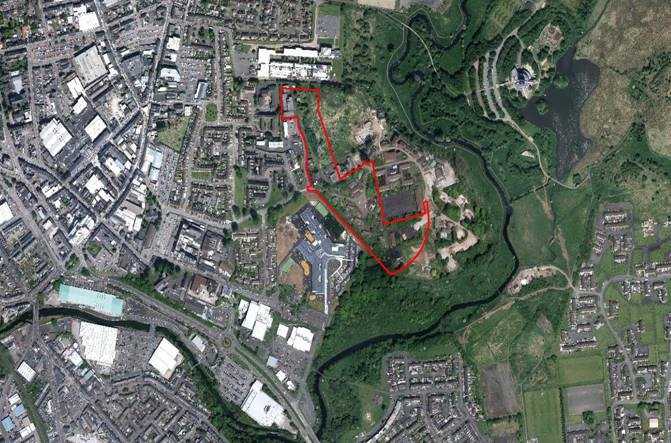