Belfast man Ronnie Smyth has had an exceptional life in sport, and now that has been recognised by the Queen in her Jubilee Honours with a British Empire Medal for his services to hockey and youth sport. And today his friends and neighbours have come together to hold a party to celebrate Ronnie’s award.

Those who know Ronnie are well aware of his dedication to sport, and the commitment he has given to training so many young people. Over the Covid pandemic, however, even more people got the chance to find out about his life as he put pen to paper and wrote a book about his life.

With the help of his wide, Liz, Ronnie published  ‘Keep your Eye on the Ball - The Life of Ronnie Smyth’, which tracks his journey from the Holyland area of south Belfast, to playing for Linfield Youth team and Annadale hockey club, before leading and inspiring young people as a teacher and coach. And in just a few weeks the book sold out, raising more than £3000 for local youth sports clubs.

Ronnie managed youth basketball and hockey teams, including the first ever Irish Boys International Hockey team, which took him across Europe and America. His commitment to working with youth teams extended to a role at the Northern Ireland Sports Council, and even in retirement made sure he gave something back, with all proceeds from the book going  to local youth sports teams.

A few years ago, as Ronnie’s eyesight began to deteriorate, he and his wife moved into Cairnshill Court, a sheltered housing scheme run by Radius Housing. It was here, encouraged by Radius Housing Scheme Co-Ordinator Frances Andrews, that Ronnie began to write -  aided by typist and editor, his wife Liz.

With such a rich life, it’s no surprise that Ronnie was one of those named by the Queen in the honours list which celebrate her Jubilee at Monarch.

Speaking about the passion Ronnie had for sharing his memoirs, Frances Andrews from Radius Housing said: “Ronnie and Liz are a wonderful couple who always have a story to tell that will put a smile on your face. The passion and enthusiasm they have to encourage youth sport and community is infectious. Ronnie is held in such high regard here, and now even the Queen can be counted as one of his fans.”

Ronnie added: “This is a fantastic honour, and I am really stunned that it has been given to me. A lifetime playing and coaching sport across Belfast and beyond was the only reward I really needed, and I have so many memories of that time, the people I’ve met and the situations I’ve been in are incredible.”

His wife Liz concluded: “Our whole family is so proud of everything Ronnie has done, and he hasn’t eased up in recent years - first the book and now this award. He’s always been down to earth, so I don’t think this will change Ronnie one bit, he’ll still be telling stories about his many adventures in sport.” 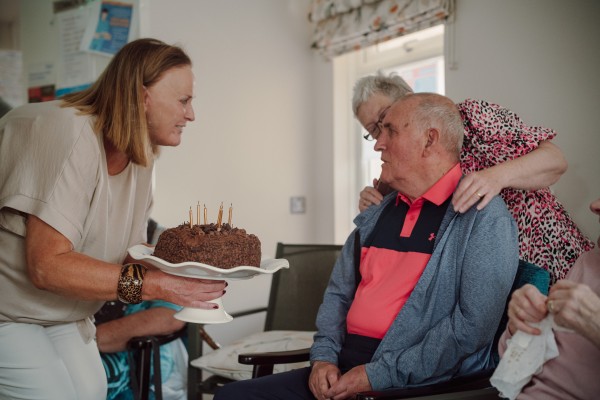 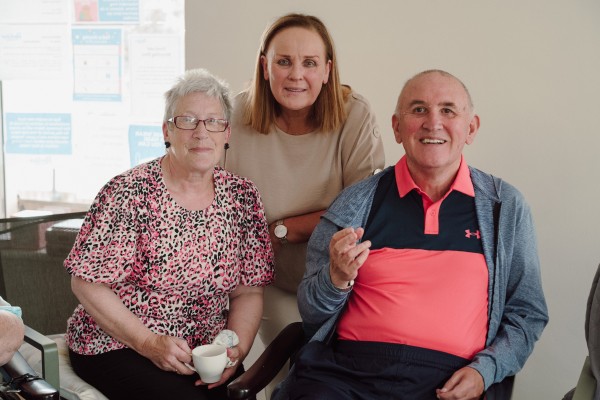 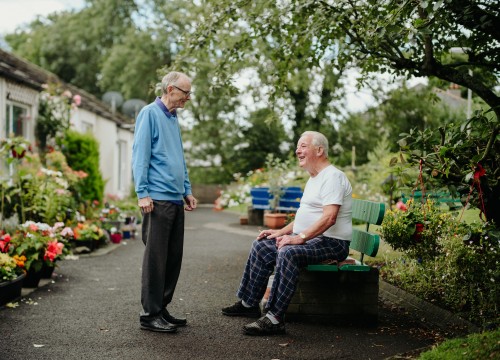 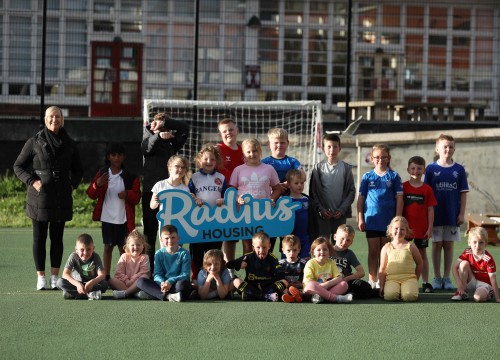 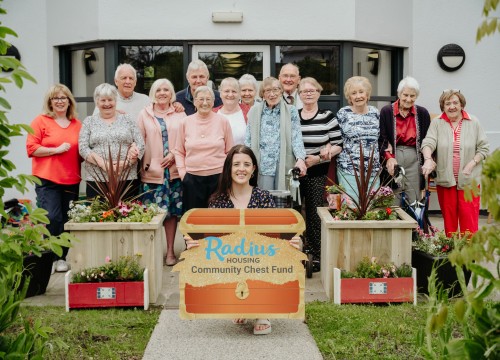